Are you a travel agent?

The beach of Karteros (9 km away from the villa) has been awarded by the EU Blue Flag. It is a nice place for fishing and swimming as well.

More beaches in Heraklion prefecture that we suggest you to visit are:

- Tobruk beach (9 km) : It is a beautiful beach with clear waters & very fine golden sand. The beach is organized with umbrellas, chairs, shower. Beachside there are several tavernas and beach bars.

- Florida beach (10.1 km) : Florida Beach is located 7km east of Heraklion and is the calmest of all beaches. There are a few umbrellas and not too many facilities around, compared to the eastern most beaches. In the beach a small lake is formed, which dries up in summer. In Florida you should visit the old Church of St. John and St. Nikon Metanoite, which is built inside a large cave.

- Arina beach (11.7 km) : The most organized beach of Heraklion is located in the westernmost part of Vathianos Kambos and is called  Arina. It is a long sandy beach, where thousands of locals gather daily to enjoy swimming and… crowds! It is full of umbrellas, beach bars and offers many options for beach sports.

- Palaiokastro beach (29 km): It is a picturesque beach with pebbles and one of the most beloved beaches of locals. The beach is well organized with sun beds, umbrellas, taverns and a mini market. Moreover, the sea is deep and its western part has very large pebbles. The rocky seabed is ideal for fishing and snorkelling.

- Ligaria beach (34 km): The beach of Ligaria is very beautiful with coarse sand and turquoise calm waters, while the small boats create magic scenery. Also the bay of Ligaria is closed and well protected from the winds blowing in the region. It is very well organized with umbrellas, sun beds, water sports, a diving school, beach bars, and restaurants.

- Agia Pelagia beach (36 km): The beach is a long and narrow beach with sand and greenish waters. Also the water is almost always calm and the bay forms a tranquil harbor. The beach offers many options for water sports, diving, umbrella and food, etc.

- Psaromoura beach (37 km): Psaromoura beautiful beach is pebbly and is very popular to locals. On the north end there is a large rock with many foldings which protects the beach from the waves. Another feature of the beach is the fish-boat that is tied to a makeshift pier, which makes the landscape look like a painting. Psaromoura nowadays is organized with full of umbrellas, sun beds and a canteen.

- Aspes beach (53.9 km): Aspes non organized - magical beach, has dark-colored sand and it is surrounded by almost vertical high cliffs with beautiful caves formed in them. The colors of the sea have a vivid turquoise color, making it one of the most beautiful and scenic beaches of Crete and probably the nicest beach of Heraklion prefecture. It is accessible only by boat.

- Agios Nikitas beach (57.5 km): A most lovely beach, it has small pebbles and deep blue waters. Flanked by red rocks of a volcanic origin, other massive rocks lying here and there on the beach make it a most unusual sight. It is not organized and without any infrastructure whatsoever. The place is also noted for a tiny stand of Theophrastus palms (the native Cretan species), fenced off and near the monastery, it almost looks like an oasis in a desert!

- Matala beach (82 km): It is one of the most popular destinations of Crete and the most famous beach of Heraklion. It is famous for the carved caves in the rocks and the hippies of the ‘70s. The bay is a beautiful 300 m long sandy beach with fine gravel & crystal clear deep water. The beach is well organized with umbrellas, toilets, showers, lifeguard, first aids, beach volley courts, snack bars, water sports, excursion boats, etc.

- Lendas beach (85 km): Facing the Libyan sea on the south coast, it is located in a small touristic settlement called Lendas. Lendas is a crowded, pebbly beach and provides all the amenities of an organized beach such as sun beds, umbrellas and showers. There are also a lot of taverns in the settlement.

- Agiofarago beach (87 km): The beach of Agiofarago is not organized and is located at the exit of the homonym gorge of Agiofarago. The beach is stunning with fine pebbles and clear blue waters, which are usually very calm. On the west of the beach, a beautiful arch is formed and you can swim its beneath. 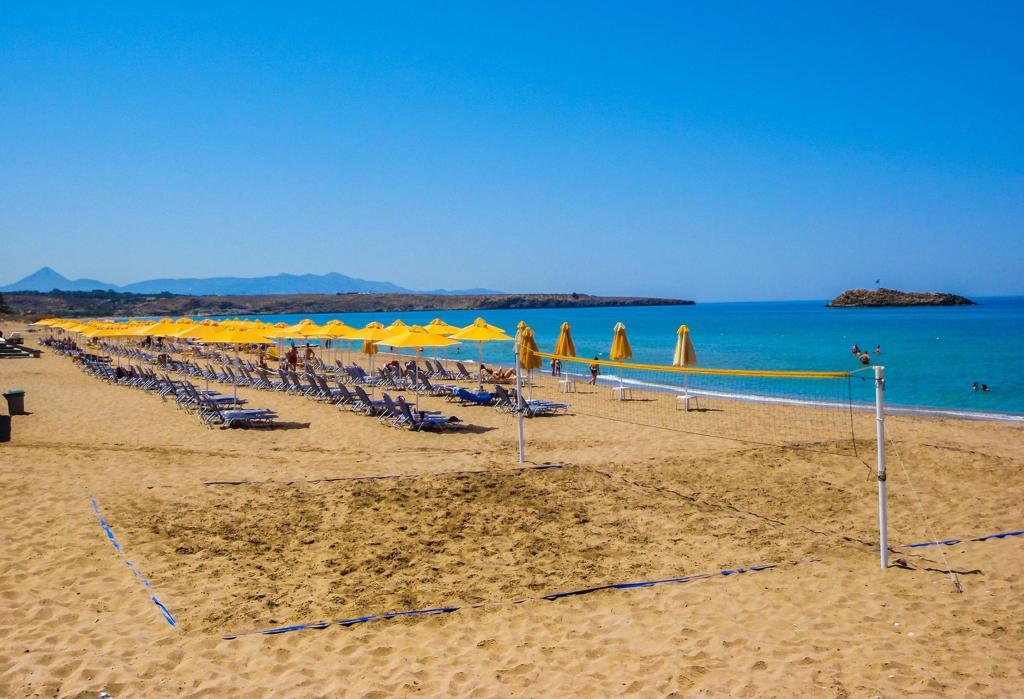 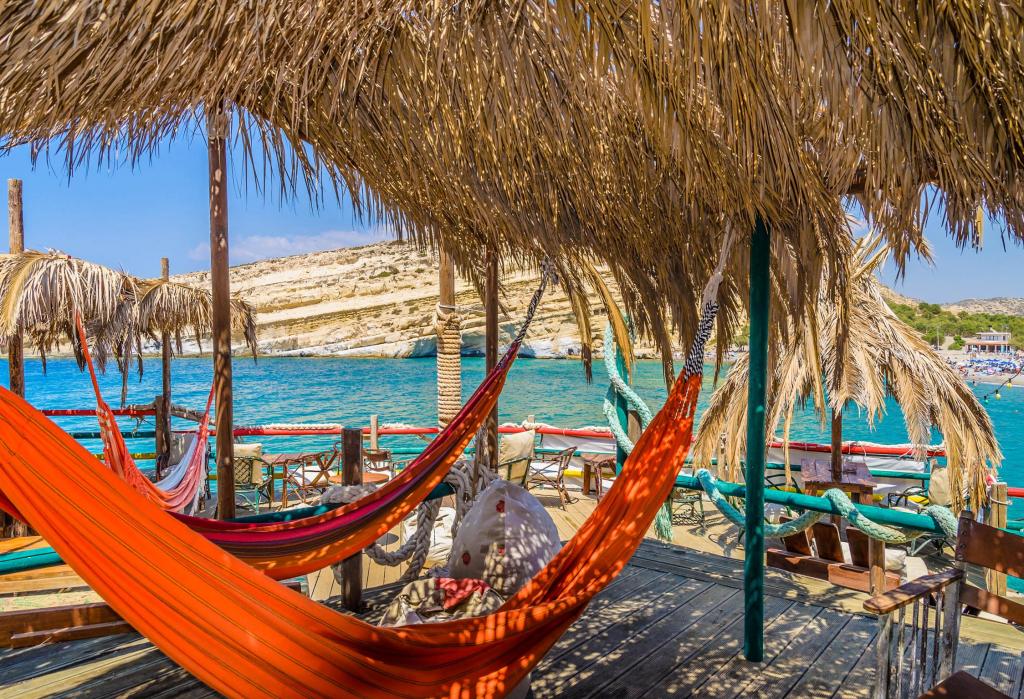 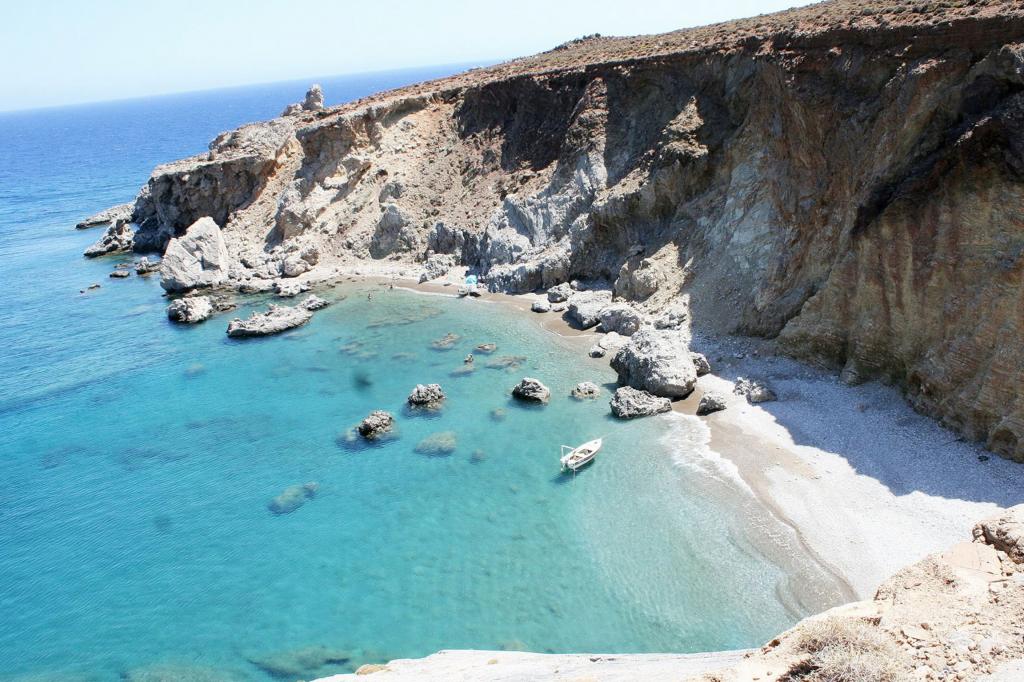 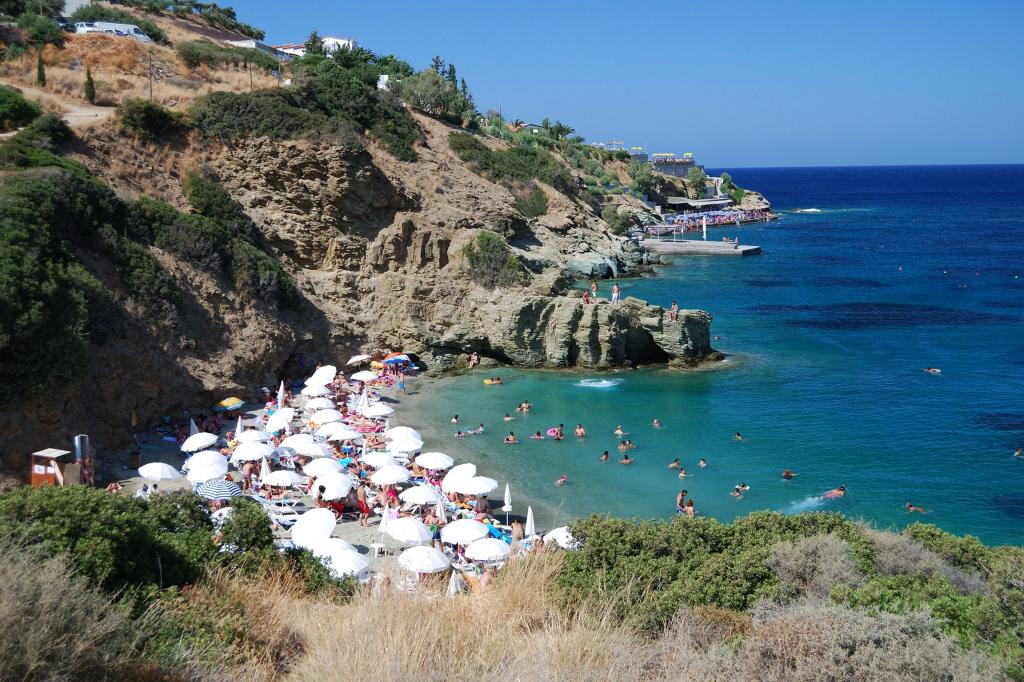 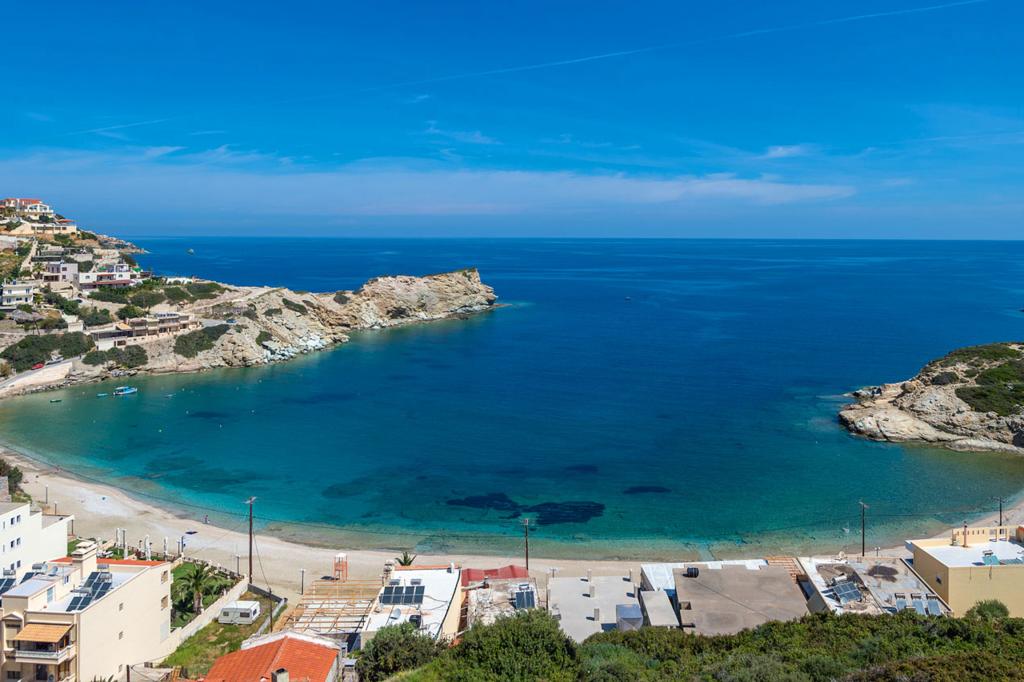 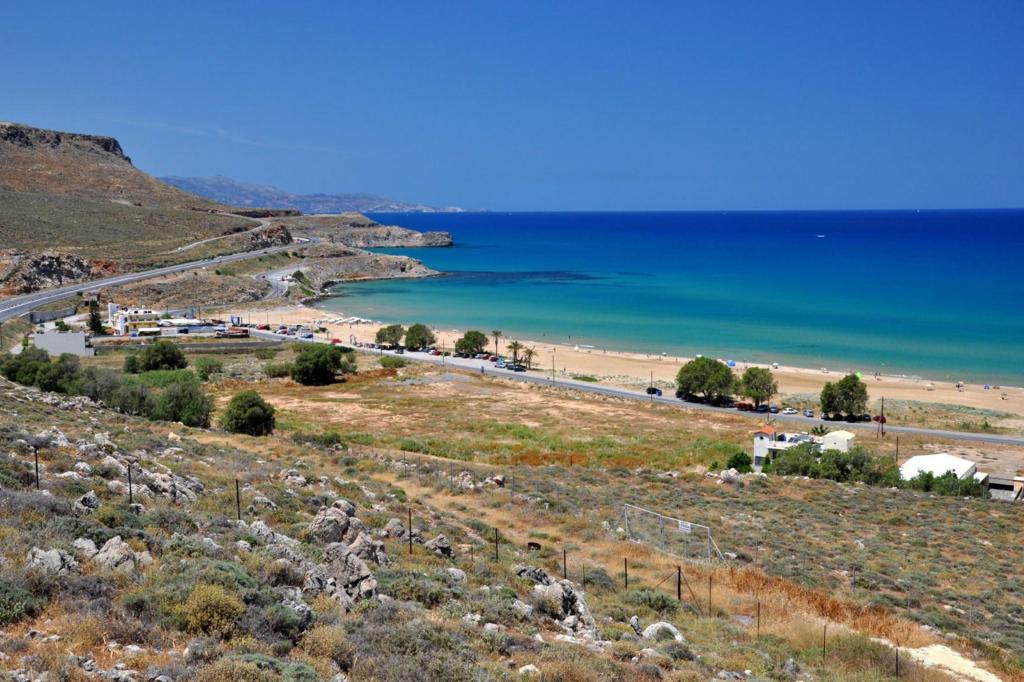 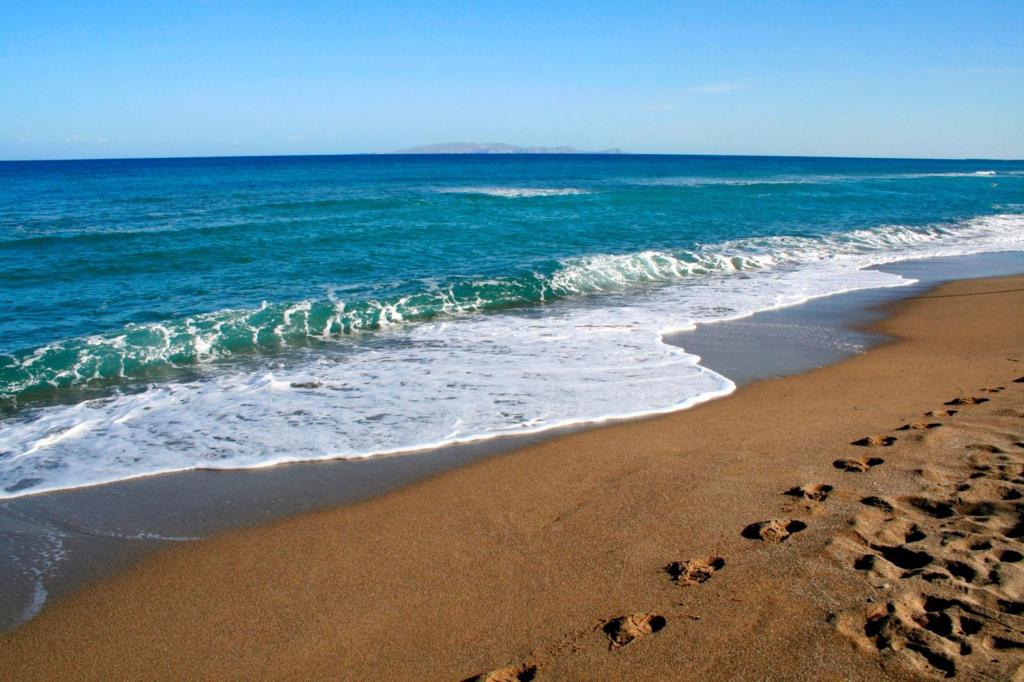 Loggia and Loggia logo are trademarks of Loggia Ltd.